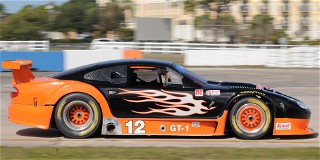 A handful of racers claimed their championships by the thinnest of margins. In B-Spec, David Daughtery and his Honda Fit tied with the MINI Cooper of Bradley Davis, both amassing 142 points during the Southeast Conference season. However, Daughtery claims the championship as he managed to garner four victories as compared to the two wins Davis claimed over eight races.

The GT-Lite class was decided by a single point as Paul Mevoli and his Nissan Sentra gathered up 93 points as compared to the 92 points earned by David Stephens and his Datsun 510 machine. Finishing only four points behind Stephens was Ted Phenix driving an Austin Cooper S.

The championship in two other classes was decided by only two points. In H Production, Will Perry and his Honda CRX took the top spot by accumulating 150 points with six wins over the course of six races while Michael Miller, driving an Austin Healey Sprite, harvested 148 points over eight races. Then in the Touring 3 class, Tomas Ballester and his BMW SE46 collected the championship with 149 points, which was two more points than runner-up Philip Cunningham could manage in his Ford Mustang. Only five points behind Cunningham was the BMW 330ci of Broderick Baugess. Incidentally, both Ballester and Cunningham competed in every Southeast Conference race weekend during the year.

Five points was the margin of victory in GT-1 for Michael Lewis in his Jaguar XKR as they bested Juan Vento’s Chevrolet Corvette, and Touring 2 was decided by nine points with Cooper MacNeil and his BMW M3 claiming the championship over John Logiudice piloting a Chevrolet Corvette.

The two largest classes in the Southeast Conference this year were Spec Racer Ford Gen3 (SRF3) and Spec Miata (SM). Preston Pardus ended up at the top of the chart in SM, beating out nearly 150 other competitors. And of the 113 drivers who challenged for the SRF3 championship, Brian Schofield came out on top.

The Southeast Conference again began its racing season in early January with Round One and Round Two at Homestead-Miami Speedway. Next was a stop at Sebring International Raceway in Florida, an event that also opened the Hoosier Racing Tire SCCA® Super Tour season. The Conference then rested in February before a second Hoosier Super Tour event in March at Georgia’s Michelin Raceway Road Atlanta, the first-ever Hoosier Super Tour conducted at that venue. The season continued in April with another Hoosier Super Tour event, and 2019 Runoffs preview, at VIRginia International Raceway. The Conference took another break in May before cranking things up in June at Charlotte Motor Speedway for Round Nine and Round Ten, followed by the season finale at Roebling Road Raceway in Bloomingdale, Georgia.

The Sports Car Club of America®, Inc., founded in 1944 and currently celebrating its 75th Diamond Anniversary, is a 67,500-member motorsports organization that incorporates all facets of autocross, rally and road racing at both Club and professional levels. With headquarters in Topeka, Kansas, the SCCA annually sanctions over 2,000 events through its 116 Regions and subsidiary divisions. Much of the SCCA’s activities are made possible with support from the following Official Partners: Hagerty, the Official Insurance Partner of SCCA; Hawk Performance, the Official Brake Products of SCCA; Sunoco, the Official Fuel of SCCA; and Tire Rack, the Official Tire Retailer of SCCA. To learn more, please visit www.scca.com.