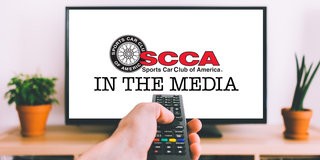 The Tire Rack Solo® Nationals are kind of a big deal. Last year, the event broke a record for attendees with 1,375 entries -- making it one of the largest participant motorsport events in the world. But the competition isn’t just a big deal for SCCA members. It’s also a big deal for the City of Lincoln, Nebraska, which has been home to Solo Nationals for a decade.

How important is Solo Nationals to Lincoln? Well, according to a recent Lincoln Journal Star article titled “Sports car enthusiasts, roller skaters are regular visitors to Lincoln,” Solo Nats has an economic impact of nearly $3 million for the city. In the article, SCCA’s Rally/Solo Senior Director, Howard Duncan, is quoted as saying, “First and foremost, the site out at the airport is A-1. Second has been the great welcome we’ve gotten from the community. By now these participants feel like this is a second home for them.”

Even though the 2019 Tire Rack Solo Nationals is still several months away, it’s never too early to get excited about the event. The run days schedule for 2019 has been announced, so save the dates and prepare for another outstanding chance to have fun with cars.